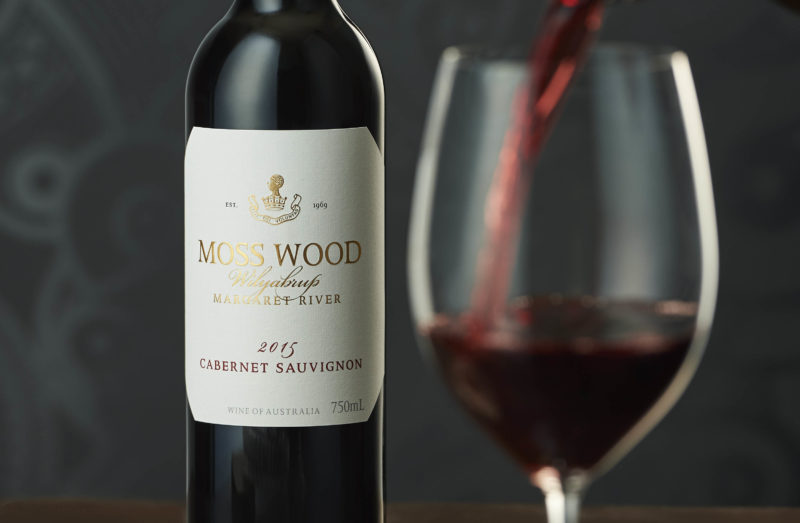 Way back in the 1970’s, there were two vintages that came to define our Cabernet Sauvignon style, 1975 and 1976. As a consequence, we considered them almost like twins. They weren’t identical and each one drew attention because of their quality and style – the older sibling classically elegant and refined, the younger one plump and generous. Much debate has surrounded which was best. In his article in the West Australian, “High Five”, commemorating the 50th anniversary of the modern iteration of Margaret River, Ray Jordan noted the importance of them both but plumped for the ’75, as do we.

The idea of twins has come up again as we reflect on the style and quality of our new release 2015 vintage except this time they’re identical. We keep accurate records of vintage conditions and we have never had two seasons so alike as 2014 and 2015. The similarities between temperature, rainfall, season length and ripeness are remarkable. Down the track, it will be interesting to see who of the keen judges will be able to tell them apart in blind tastings.

As with human twins, their parents can usually tell them apart and we have some tips about the key things in the 2015 season which may help.

Most noteworthy is 2015 had near-perfect temperatures, with 1029 hours in the ideal range of 18 to 28⁰C. There was just enough extra warmth to really push Cabernet Sauvignon to ripe fruit notes, with the mercury spending 35 hours above 33⁰C and with a maximum for the season of 37.3⁰C on 3rd February, if you’re interested.

We even got some useful rain in February, something we don’t see too often, when 18mm fell in the first 2 weeks. The Cabernet varieties can benefit from that sort of top up, which allows them to finish the last 4 weeks of the season without excessive moisture stress.

The clue here is the ’15 has a predominance of the floral and black fruit notes and a nicely ripened tannin, perhaps slightly better integrated than its older sibling.

Mother Nature never lets us have things all our own way. During Spring, while Cabernet Sauvignon was flowering we had 70mm rain and 10 nights when the temperature dropped below 8⁰C, both of which disrupt the process. The result is yield was down 41% to 4.31 tonnes/hectare. While disappointing, this was nothing compared to the Petit Verdot which was down a whopping 81% to 0.77 tonnes/ha. Which is, of course, the next clue, because the influence of this variety is barely perceivable in the finished wine, contributing only 0.92%.

Each variety was handled in the same way. The fruit was hand-picked, destemmed, sorted and placed into small, open
fermenters. Fermentation was carried out by multiple yeast strains and all batches were hand-plunged three times per day and temperatures were set to a maximum of 30⁰C.

The Cabernet Sauvignon batches were pressed after 16 days on skins, the Cabernet Franc after 13 days and the Petit Verdot after 14 days. All pressings were blended in straight away.

After malolactic fermentation all batches were racked to 228 litre French oak barrels, of which 14% were new.

On 29th November, 2016, all batches were racked and blended and the completed wine was returned to barrel, where it stayed until 6th November, 2017, when the final blend was assembled for bottling. The makeup is 95% Cabernet Sauvignon, 4% Cabernet Franc and 1% Petit Verdot.

Fining trials were then carried out but none of the treatments improved the wine, so it was not fined. It was then sterile filtered and bottled on 14th November, 2017.

Initially there is a real impact of bright, fresh fruit aromas, dominated by the black fruits like blackberry and cherry, something we normally associate with Cabernet Franc, plus, of course, blueberry, red currant and the perfumed notes of violets. There are soft oak notes in the background that combine with some tobacco and tarry notes that Cabernet Sauvignon builds with long term barrel age.

This theme of lively fruit notes continues on the palate, where the generosity of the red and black fruit provides fleshy mouthfeel. This layer of red currant and blackberry flavours balances what is for Moss Wood Cabernet Sauvignon, quite a firm structure, with bright acidity and firm tannin. On the finish there is just a suggestion of toasty oak, tar and leather, giving the wine good length and persistence.

For those with a cellar or wine fridge, this wine is a worthy addition and will definitely match its Moss Wood Cabernet Sauvignon siblings for longevity. The fruit depth and structure will ensure the 2015 will follow the classic pathway. It will need 10 to 15 years cellaring to ensure the development of some bottle complexity but will reach full maturity between 20 and 25 years of age. After that, it should give at least 2 more decades of drinking pleasure.

We are pleased to report the 17/18 growing season has been very good to us. Rain has come at the right times and temperatures have been mild to warm, so ripening has been slow but steady. Springtime flowering conditions were benign, so all varieties appear to have set a good crop. Initially we had problems with bird attack but between the Red Gum blossom and the application of nets, we’re now holding the silvereyes at bay. We’ve got all fingers and toes crossed in the hope the fine weather continues.

At the time of writing, we have begun harvesting Sauvignon Blanc and can confirm yields are slightly above average and quality very encouraging. Our 2018 vintage crew have been rolling in since the beginning of January and they are a very scholarly bunch. Tristan Mugford is back full time in the Moss Wood fold, following 6 years away, studying at Adelaide University and then working on the Mornington Peninsula.

Also returning is another Adelaide University alumnus, Simon Nankivell, who helped us in 2016 and then spent 2017 in the Napa Valley at Anomaly Vineyards. The big fire presented some challenges but he’s confident they’ve made good wines that aren’t smoke-tainted. Being a small producer, processing only 32 tonnes, they picked as the fire started and got their fruit in before the valley filled with smoke.

We also have some “cucumbers” (Cowaramup fishing slang
for newcomers). Luca Tessari from Borgo-Ticino in Piedmont is currently finishing his degree in Viticulture and Oenology at University of Milan. Amongst other places, he has worked for Domaine de Seguin Manuel in Beaune and Francesco Brigatti at Suno in Barolo. Luca is a thoughtful bloke, who came to wine while travelling in India, where he decided he needed to work in something that involved nature. Upon returning to Italy, he tried some amateur winemaking and became hooked.

Emilie Paquette is a native of Ottawa, Ontario and a Bachelor
of Commerce, with majors in Marketing and Consumer Studies, from the University of Guelph. Her interest in wine was sparked when she took the Wine and Oenology elective at Guelph and gained her WSET level 2. This has sent her on quite a journey and seen her work in Australia at Wirra Wirra, as well as Rupert and Rothschild in South Africa. She has recently been accepted into the Wine Program at Niagara College, Ontario (by the Falls) studying viticulture and oenology.

Caroline Caillaud hails from Vertou near Nantes and holds a National diploma of Agricultural Engineering from Bordeaux Sciences Agro and a National Diploma Oenology from the Institut des Sciences de la Vigne and du Vin. Caroline, whose interest in wine, oddly for a French person, was sparked by a Chilean wine, likes the combination of vineyard and winery work at Moss Wood, especially because she wants to be “polyvalent”, as they say in French!

Marie Charlemagne, is from of Le Mesnil Sur Oger in Champagne and her family have 16 hectares in Cote de Blanc at Champagne Guy Charlemagne. Their domaine is named after the founder, her grandfather and they produce 150,000 bottles annually. Marie holds a degree in Agricultural Engineering from AgroParisTech and will shortly finish her second, a degree in Viticulture and Oenology SupAgro in Montpellier. Marie is keen to build her work experience and bring those skills home to work at the family property.

Hannah Beattie, a native of Banbridge, Northern Ireland, is yet another smarty pants, who holds a Master of Arts from the University of Glasgow, with a distinction in spoken French. Her wine interest led her to do the WSET exams and she has almost completed her level 4 diploma. Until her resignation to come on this adventure to Australia, she worked for the very famous Avery’s of Bristol, where she was a Senior Account Manager in private customer sales. It’s nice to have an Avery’s person join us because the late, legendary John Avery was a visitor to Moss Wood in the early years and in recent years visits by his wife and daughter to Moss Wood have continued a contact that we appreciate.

Apart from Emilie, who is on her fourth trip to Australia, the
others are on their first trip and report they’re enjoying the people, the beaches and the weather. They are also finding our version of English amusing and challenging but seem to be coping with the local lingo!