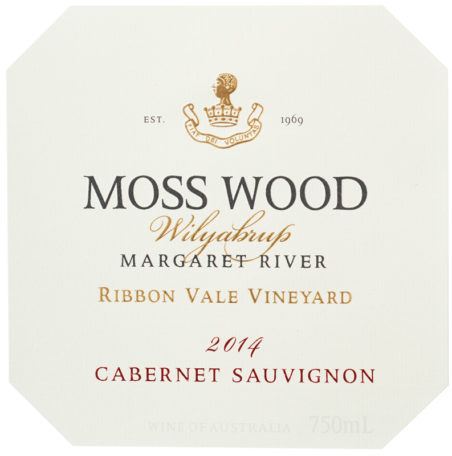 The colour is a very youthful brick red and the condition is bright.  The wine gleams in the glass.

The immediate impression of the nose is one of liveliness and fragrance, combining black and red currant with roses, five spice and liqueur cherry.  There is complexity as well with soft, toasty oak, and some of the classic Ribbon Vale tar, linseed and seaweed.

On the palate it shows the evolution of the vineyard, where once this wine was distinctly savoury now there are rich, almost sweet dark berry and cherry fruits and an almost confectionery jubey muskiness.  The palate gives just a glimpse of Ribbon Vales past, with firm tannin and leather and tarry notes on the finish, but the overall impression is one of great balance and length.

One thing we can say for certain about calendar year 2013 – it wasn’t dry.  By midnight on 31st December the rain gauge had recorded 1219mm, some 23% above average.  To say the soil was at full capacity was an understatement and during the winter, some patches in the vineyard had become almost impassable.

Timing of rain is the key for us, and when flowering began in the beginning of November, things had eased and the Cabernet varieties commenced in excellent conditions.  However, Mother Nature’s mood changed during the last 2 weeks, delivering more wet weather and leaving us with below average yields.  Cabernet Sauvignon was down 31%, Cabernet Franc was down 22% and Merlot down 26%.  Vines do not like rain on their flowers.

Beyond this, the summer was a delight, typified by consistent warmth without extreme heat.  Cabernet Sauvignon had a positively glorious time of it, enjoying almost 1000 hours in its key temperature range of 18-28⁰C, when it needs around 850 to ripen fully.  It did this with virtually no heat stress at all, receiving only 36 hours above 33⁰C.  Indeed, the vineyard experienced only one day when the mercury hit 40⁰C and that for only 45 minutes.

The conditions were equally as good for Cabernet Franc and Merlot, if not better.  Both need less heat for ripening than their big sister and so they luxuriated in abundant warmth.  Similarly, the lack of extreme heat benefited them as well.

Add to this the fact that our shoot positioning, trimming and spray programs all worked a treat, so no disease or bird problems and you could say we had one of Margaret River’s very finest seasons.

Having got half the job done, we then set about shepherding our high quality fruit carefully and safely to the bottle, applying all the usual Moss Wood techniques.  Each variety was hand pick and all the fruit was destemmed into small fermenters and pumped over 3 times per day for extraction.  Fermentation was by selected yeast strains and temperatures were set to a maximum of 30⁰C.  Time on skins was 12 days for Cabernet Franc, 15 days for Merlot and 16 days for Cabernet Sauvignon.

In June 2016 the wine was racked to stainless steel and fining trials were carried out.  The balance was excellent, so was left unfined.  It was then sterile filtered and bottled on 28th June, 2016.

While unquestionably a cellaring wine, it is rich enough to be enjoyed now with any sort of flavoursome, winter fare.  However, it is wine for the long haul and we recommend it for a minimum 10 years cellaring.  For those who have the space and patience, please keep it for 25 years.