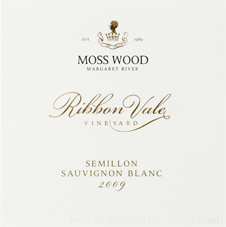 Colour and Condition: Medium straw colour; bright condition. Nose: Very fragrant with lifted gooseberry fruit aromas, accompanied by floral notes of apricot and peach blossoms and perfumes reminiscent of jasmine. Palate: It continues the freshness and lift of the nose. The fruit flavours are intense gooseberry and passionfruit and which combine with crisp acidity to give lift and length. The finish is clean with no phenolics.

We can look back at the 2008/09 growing season and feel very comfortable with the results. Mother Nature was generally kind to us, providing near perfect conditions for vine growth and grape ripening. A particular highlight were the warm but moderate temperatures, where we experienced more hours in the effective range for grapevines than in any season for the last 10 years. It allowed the fruit to ripen slowly but consistently and we avoided any of the quality threats associated with either extreme heat or cool. The weather station data provides some interesting insights. During the period from flowering to harvest, both the Semillon and the Sauvignon Blanc enjoyed almost exactly 1000 hours in the temperature range of 18 to 28 Celsius. In a cool season like 2006 they will receive between 600 and 700 hours and on average, they receive around 900, so this year they spent many hours in the right range to ripen grapes. Extreme temperatures were also avoided and both varieties experienced a total of only 20 hours above 30C during the same period. This compares with the average of around 47 hours, so the vines suffered no extreme heat stress. During the last few days of February we had a rain event that delivered 24mm and was just enough to worry us. The vines pick up the freshly available soil moisture, causing the grapes to swell, sometimes diluting the sugar and in the worst case, splitting, which permits the development of fungal diseases like Botrytis. Semillon has a soft skin and is prone to the latter so we monitored both Moss Wood and Ribbon Vale blocks very closely. Fortunately both coped well with virtually no damage. Sauvignon Blanc also swells but its biggest concern is dilution, not disease. We feel the quality of the 2003 vintage was diminished by a similar event and have been wary ever since. In 2009 we didn’t see the same problem and suspect this year’s lower yield was the key. In the end, the rain washed off the dust and generally freshened the vines up, so it was all good. In terms of the actual length of the season, as usual, things varied between varieties. The Old Block Semillon at Moss Wood ripened a little faster, taking 96 days to go from flowering to harvest, compared with its average of 110. However, it was harvested on 10th March, only three days earlier than the average harvest date of 13th March. It may come as no surprise to learn it flowered 12 days later than average. At Ribbon Vale, the Sauvignon Blanc took 90 days to get from flowering to harvest which was virtually spot on the average of 92 days. Similarly, its harvest date was 7th March compared with its long term average of 6th March. The Semillon needed 114 days to get from flowering to harvest compared to the average of 115 days and its harvest date of 20th March was virtually identical to its average of 19th March. On the down side, yields in 2009 were disappointing. Moss Wood Semillon cropped at 8.24 tonnes per hectare, down 25% from its long term average of 11.01. At Ribbon Vale the Sauvignon Blanc cropped at 7.15 tonnes per hectare, down 34% on its longterm average of 10.79 tonnes per hectare. Things weren’t quite so grim in the Semillon. It cropped at 9.64 tonnes per hectare, down 15% from the average of 11.30. If we look at the days taken to go from flowering to harvest, it’s possible to see a bright side to these low yields. Each variety was ready to pick earlier than average, despite the mild summer, the smaller crop load ensured we got the harvest in before the arrival of autumn rains. There appear to be at least two reasons for the poor yields. The biggest impact appears to have been fewer bunches on the vines which were well down on previous years. The vines tried to compensate with slightly above average bunch weights but this did not fully compensate. Of more interest was how the moist, cool conditions promoted a greater and later than usual hatching of the “Looper” caterpillars. They are rarely seen in the vineyard but this year we had infestations in vines near native trees. It was fortunate they weren’t widespread because they had a particular taste for the young flowers and happily chewed the ends off them. It’s difficult to estimate what damage they caused but about 5% of vines were affected and on those, about a quarter of the bunches had been chewed, but not all the berries.

The grapes were brought to the winery and destemmed,crushed and the must was then pumped through the must chiller to bring the temperature down to around 8C and delivered into the press, where they were held for 2 hours. This skin contact helps increase the gooseberry fruit aromas. The must was then pressed and the pressings kept separate for additional fining. The juice was chilled to 8C and settled for 48 hours, after which the clear juice was racked to a stainless steel tank for fermentation. This was carried out by 2 different yeasts, X5 and Vin13, and the temperature was maintained at 14C.The ferments took 14 days to complete, after which the three batches were racked off gross lees and combined and held in readiness for blending with the Semillon.

Handling of the Ribbon Vale Semillon is virtually identical to its Moss Wood counterpart. The fruit was destemmed and crushed and the must was pumped through the must chiller to bring the temperature down to 8C and then delivered into the press. Using low pressure cycles, the juice was slowly extracted and the pressings kept separate for additional fining. Fermentation took 17 days and was carried out with pure yeast culture 1116, with temperature maintained at 16C. Once this was completed, the wine was racked from gross lees and blended with the Sauvignon Blanc.

Once blending was completed, fining trials were carried out and the wine was fined with bentonite for protein stability and isinglass was used to reduce phenolics. The wine was then sterile filtered and bottled on 30th June 2009.

With its vibrant fruit characters this wine is perfectly suited to early drinking and can be enjoyed as an aperitif on its own or can accompany lightly flavoured dishes.