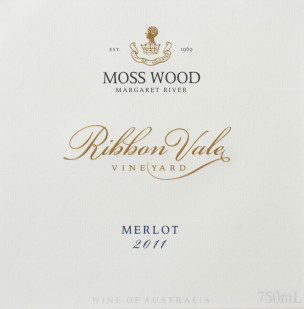 Colour:  Bright condition; deep brick red hue. Nose:  Complex nose consisting of fruit aromas of cherry, blackberry, mulberry and rhubarb combined with tar and earth. Soft oak notes in the background, combined with leathery, earthy notes. Palate:  The impact of the Cabernet Franc is interesting here. The dominant feature is the generous Merlot blackberry-like fruit but sitting beside it a bright cherry-like lift. The tannins have Merlot’s typical mid-palate firmness but the chalky concentration of the Cabernet Franc completes the wine and adds to the length.

There is a strong theme running through the 2011 vintage – consistent warmth. Our January temperatures were typical, if not slightly on the higher side, with an average of 20.97°C but things really got going in February. The mean monthly temp was 23.76°C, making it the warmest February since our weather station was installed in 1998. To put that into perspective, the average temperature for that month is 21.21°C. Given a variation of 0.5° will produce a perceivable effect on fruit aromas, this difference of 2.55° was significant. Examining the temperature record further, we see that the vines received 49 hours above 33°C during February. Cabernet Sauvignon would only need that much warmth across the entire growing season to display ripe fruit characters, so to have received that much in one month is best described as an abundance of warmth. Vines are fairly hardy plants and hot weather, per se, is not a problem, as long as they’re not subjected to extreme temperatures and this is where 2011 really scores. Despite a warmer than average February, our hottest day was 39.7°C and apart from that, the maxima exceeded 33°C on 10 days. March was also warm, with an average temperature of 21.36°C, 1.54° above the average. However, the maximuma were more typical of Autumn and we only received 7 hours above 33°C.

To summarise the impact of all this is relatively simple. We experienced consistent ripening through the season and so sugar accumulation by the vines was steady and was always going to comfortably achieve “normal” levels. Furthermore, the tendency toward higher temperatures in February, without excess extreme heat, has promoted typically ripe fruit characters and tannins giving all the wines generous mouth feel, not unlike the 2007’s but with more finesse. As an aside, we don’t have the data for 2007 because the temperature probe wasn’t operating properly. What we assume from the harvest dates and taste of the wines is that 2011 was a little cooler. Mother Nature didn’t give us too many surprises, although things didn’t go entirely our way. Cabernet Franc gave a yield of 6.27 tonnes per hectare, down by 30% and Merlot cropped at 7.56 tonnes per hectare, down 13%. On the other hand, Cabernet Sauvignon, at 7.39 tonnes per hectare, was down only 4%.

A quick look at our rainfall record tells us why. Cabernet Franc started flowering on 1st November and was virtually right in the middle of the process when, on 8th, 9th and 10th November, we had a good dump of rain – 32 millimetres fell and temperatures dropped down to 6oC overnight. No surprise then that its bunch weights fell by 5%. The fact that the yield loss was greater than this would suggest bunch numbers and actual berry weights being lower than average but we don’t know for sure. Readers may be amused to learn that not even Keith is a big enough nerd to separate berries from the bunch and count and weigh them. The other two varieties show just what a difference a day (or two) makes. Merlot started flowering a few days later on 4th November, so it wasn’t quite as advanced when the rain came, resulting in a much smaller yield loss. Cabernet Sauvignon started after the event was behind us and it was virtually unaffected. Despite the rain interruption we kept our spray program on track and disease was not a problem and neither were the birds. With all the warm weather and low to average yields, the vineyard sailed quickly on to an early harvest.

All three varieties were handpicked and then transported to the winery for processing. The fruit was de-stemmed into fermenters, seeded for primary fermentation with a pure yeast culture and fermentation proceeded at temperatures up to 28°C. Each batch was plunged 3 times per day and tasted twice per day to monitor the levels of extraction. One of the interesting points about the 2011 vintage is that the wines developed good tannin balance with relatively short skin contact time. The Cabernet Franc was pressed after 9 days, the Merlot after 12 days and the Cabernet Sauvignon after 15 days. After pressing the wines underwent malolactic fermentation in tanks and were then racked into barrels during May and June 2011. All the oak was French and 20% were new.

In February 2012 all batches were racked to tank and after extensive tasting trials, the final blends were assembled. The Cabernet Sauvignon Merlot wine proved to be something of a departure from tradition, with the final wine being made up of 55% Cabernet Sauvignon, 42% Merlot and 3% Cabernet Franc. The smaller crops in the latter two, but especially the Merlot, seemed to enhance their concentration and depth and made much bigger contributions to the wine than would normally be the case. The Merlot wine was more closely aligned with the past, the final blend being 93% Merlot and 7% Cabernet Franc. In this blend the concentration of the Cabernet Franc tannins really added significant palate weight. The two blended wines were returned to oak for a further 12 months. In February 2013 they were racked from barrel and fining trials were carried out. Neither wine was improved by fining, so no additions were made. This is further testament to the balance and ripeness of the tannins in 2011. Both wines were sterile filtered and bottled on 8th April, 2013.

In many respects, Merlot is like Pinot Noir. It has a generosity of fruit as a young wine that encourages consumers to drink the wine while young and fair enough, because the 2011 provides lots of that. However, the ripe and concentrated tannins are an ideal platform for cellaring and this wine should mimic the very great years like 1996 and develop into a soft and complex old wine. It will need another 15 years aging to do this but should continue on for at least another 10 years after that.