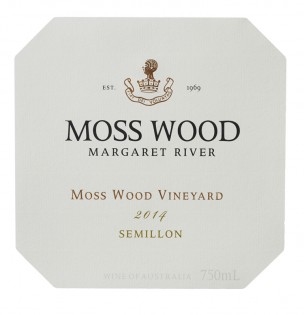 Nose:
A classic combination of Semillon fruit aromas – figs, grapefruit, lemon sherbet and leaf. These combine with an interesting complex background of mushrooms and lanolin.

Palate:
Full bodied but with crisp acidity, combined with mouth-filling grapefruit, fig and honey notes, with an interesting blossom note at the end. The structure is perfect for cellaring, with fresh acidity and just a touch of tannin, although the fruit depth and balance makes it almost unperceivable.

Following the theme of the last 8 years, the 2013/14 growing season gave us consistent warmth, albeit somewhat cooler during December, January and February than has been the case during that time. This is best illustrated by the maximum temperatures, which were around one degree cooler than average for those months, although perhaps fortunately, March bucked the trend and temperatures returned to the mean. This is an interesting pointer to the wine styles for the year, with all varieties showing good aromatic freshness, an especially appealing attribute in white wines.

At the same time as this, we had regular rainfall. In fact, calendar year 2013 is one of our wettest on record, where we recorded a total of 1219mm of rain. Some 326mm fell during the growing season, so the vines had plenty of moisture.

One of the downsides of all the rain, combined with the lingering effects of the 2012 hailstorm, is that yields in 2014 were consistently low. Part of the problem stems from the wet, cool conditions interrupting the vines flowering. Semillon yield, at 5.46 tonnes per hectare, was down 48%.

The lower yields are probably reflected in the length of the season, where the period between flowering and harvest was 97 days, 10 days earlier than average. At the same time, the vines got through more ripening because the fruit was harvested at 13⁰ Baume, slightly riper than the mean of 12.6⁰.

To summarise all this, we managed to get everything safely through to harvest and without bird or disease damage and delivered some very flavoursome grapes to the winery.

All fruit was hand harvested and delivered immediately to the winery and destemmed, crushed, chilled and transferred into the press. The juice was extracted pumped to a stainless steel tank where it was settled for 48 hours and then racked, with a small percentage of solids, to a second stainless steel tank. It was then seeded with pure yeast culture and allowed to ferment at 18⁰C. Once dryness was reached, the wine was racked off its gross lees and prepared for bottling.

Fining trials were carried out and it was decided to treat the wine with bentonite, for heat stability and with gelatine, to improve tannin balance. The wine was sterile filtered and bottled on 7th July, 2014.

One of our finest ever Semillons, it has really enjoyable young fruit flavours and so is delicious to drink now. However, with its concentration and complexity it is a tremendous cellaring prospect and will reach its peak over the next 15 years, developing a rich and toasty nose and soft round palate and should drink beautifully through until at least 25 years of age.