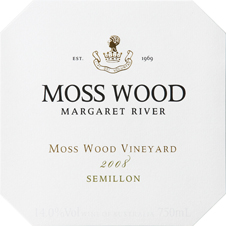 Palate:  A full bodied white wine with very fresh acid combined with intense lemon zest, cumquat and loquat flavours.  It is also complex with herbal and malt biscuit notes and has a clean finish with balanced phenolics.

Our overall low crop level was further exacerbated by losses to the birds.  The voracious Silvereyes began their attack on the vineyards while the grapes were still green and it was a spectacular sight to see them dive-bombing the nets over the School Fees Semillon, in a desperate attempt to get to the fruit.  By slamming hard into the nets the birds can force themselves through, despite the holes being only 1 cm square.  It’s not the first time we’ve seen this happen but it’s the first time we have had so many get through and do harm.

After the early difficulties, the season improved with consistent warm conditions through summer and which lasted until early February.   At this point the ripening slowed, as the air took on a distinct autumnal feel.  During the warm conditions we anticipated an early picking, the same as or possibly earlier than 2007, but the cool weather changed all that.  The actual number of days from flowering to ripeness finished at 103, 9 days faster than the long term average of 112 but in the end it was 5 days slower than 2007.

Looking at comparable vintages from the past, there are shades of the ripe fruit aromas we saw in the warm years of 2007 and 1988 combined with the concentration of the lower cropping years of 1981 and 1986 vintages.

The production process for Moss Wood 2008 Semillon was very much in our traditional mould.  After hand harvesting, the fruit was destemmed, drained and pressed and cold settled in stainless steel tanks.  The pressing fraction was kept separate and fined for excess tannin.  After settling the clear juice was racked to stainless steel, seeded with pure yeast culture and fermentation took place at 18°C.

After fermentation, all batches, including pressings, were racked off gross lees and blended.  The wine was then fined with bentonite for protein stability, cold stabilised, sterile filtered and then bottled on 28th May 2008.

Given the low crop in the Old Block and the similarities with 1986, we anticipate the 2008 vintage will cellar for at least the same time.  In our vertical tasting of November 2006 the former had aged into a fine old wine so we expect the younger sibling to age for at least 20 years.  In the shorter term, the new wine should retain lifted primary fruit characters for the next 3 to 5 years, after which it may become more restrained on the nose until it reaches 10 years old.  At that point the complexity will increase as the wine develops its full bottle bouquet and should display caramel, lanolin and toasty notes.