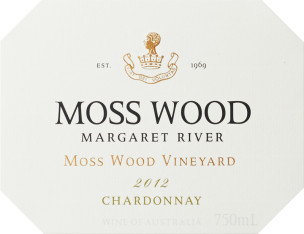 Nose: This combines all that is interesting about Chardonnay – generous stone fruits of apricot and peach and blossom and frangipani-like notes. The background array includes marmalade, citrus rind and roast cashew. There is also great complexity derived from the caramel and butter notes of malolactic fermentation and the subtle, spicy, charry oak.

Palate: In line with the aromas, the palate delivers all that is exciting about the variety. Generous, full bodied and creamy mouth-feel; bright acidity and round, soft tannin; all finished off by subtle, toasty oak notes.

Those with an interest in history will know that Chardonnay has been part of the Margaret River winemaking landscape since the 1980 vintage. It was from that year that Leeuwin Estate, who released the first of their legendary Art Series wines, and Moss Wood, introduced what has now become the most famous white wine from our region.

For the record, our actual first crop was in 1979, when we picked a few buckets of grapes but the quantity was unmanageably small, amounting to significantly less than one barrel, so the fruit was included in the 1979 Semillon.

The variety had something of a slow start in Western Australia. Bill and Sandra Pannell always wanted to make Chardonnay and had specially saved one of the best spots on the Moss Wood property for it. However, the release of the planting material was careful and slow as per the fastidious Western Australian quarantine process, and it did not become available until 1976. Obviously by that time there had been 4 vintages of Cabernet Sauvignon, the fledgling industry was just beginning to hit its straps and winemakers were keen to get their hands on Chardonnay to see what they could do with it. It was a frustrating delay and everyone was genuinely excited when the opportunity came to make the first wine in 1980.

Initially, everything went absolutely according to plan. We had good Spring weather during ’79 and so the vines flowered well and produced a good crop. Again, those with an eye for history will know the 1980 vintage has gone down as one of the very great years, and not surprisingly, the new Chardonnay was a cracker. Even the most conservative farming-type was convinced it was all going to be easy-peasy from there on.

How wrong we were. The following 1980/81 growing season was an absolute shocker, with heavy storms bringing strong wind, rain and hail right through until December. Luckily, this has since proven to be a reasonably rare thing and the next such season didn’t come through until the Spring of 1996. Regardless, the damage to the vineyards, especially Chardonnay, was massive and came as a shock because, up to that point, Margaret River had been a fairly benign viticultural area.

Chardonnay, being an early variety was worst hit but worryingly, displayed symptoms much more severe than the other varieties, with significant leaf loss and worse still, abortion of the immature bunches. We estimated the crop loss for the 1981 Chardonnay to have been around 80%, so it was a real blow.

Having worked our way through this problem, the year 1981 continued to haunt us by producing a severe frost in mid-October, another first in the viticultural memory. By virtue of its location at the bottom of our slope, the Chardonnay was completely covered, burning almost all the shoots and therefore the crop for the 1982 vintage.

These setbacks sent us looking for expert advice about how we might deal with these issues in future. In a sense, frost was the easy one because careful monitoring of the weather will give warning of an impending event and there are various ways to ameliorate the cold. For what it’s worth, we have since deployed diesel-burning frost pots on chilly nights. Luckily, including the 1981 event, there have only been 3 of them.

Stormy weather has presented a different challenge, although solutions exist. Keeping the wind off the vineyards meant building wind breaks, either by special constructions or planting trees, or, for new vineyards, locating them where they are in the lee of the wind. This has a downside because trees provide an ideal shelter for birds near their food source. Here we see one of the amusing twists in agriculture because solving one problem introduces another. If vineyards are planted close to shelter, unless bird nets are applied, losses to birds over a decade are likely to be greater than those caused by wind and hail!

Hail storms can be negated by covering the vineyard with hail netting, something used quite widely in fruit orchards. However, it’s very expensive and has not been used in Margaret River. Although hail will damage vines, the probability of very heavy losses is relatively low and means the use of nets is not economic.

The summary of what we’ve learned about these problems is simple. If we receive regular cool, wet and windy conditions through September and October, Chardonnay struggles with both the cold and the physical damage. The former suppresses the vine’s vigour and the latter introduces the risk of secondary infection by fungi. The whole thing is compounded if we also receive hail.

We can minimise the loss of crop if weather conditions allow us to make a careful application of the correct fungicide to control fungal disease. However, while it’s stating the obvious, there’s not much we can do about cool weather.

It has to be said that variable weather is not uncommon during our Spring and it’s rare to have a season where the vines don’t experience some adverse conditions. Fortunately, we can minimise the impact in an “average” year, now that we know the key treatments.

This brings us to the 2012 vintage and despite everything we’ve described above, from 2006 to 2013 we had an unprecedented run of favourable years. Even the big hailstorm of December last year failed to upset the Chardonnay. This means the 2012 vintage is the 6th in a row where we produced average or higher crop levels. Quite why this has happened is difficult to say but we hope it reflects that we better understand how to deal with the conditions and the result is more consistent yields.

Regretfully, it will not continue into 2014, where cold, windy conditions lasted through till the end of October 2013 and the flowering on the Chardonnay is very poor. Still, with 7 good years in a row, we don’t really have much to complain about!

Returning to 2012, there were definitely no excuses because we had just about everything in our favour. The calendar year had slightly above average rainfall of 1048mm but usefully for us, 52mm, 49mm and 27mm fell in October, November and December, respectively. The timing was perfect, avoiding the crucial stages in flowering. On cue, the weather turned warm and dry in January, the average temperature was 23.03⁰C, slightly more than 2⁰ above average and only 2mm of rain fell. We recorded 53 hours above 33⁰C, plenty to ripen the fruit flavours, and the last 2 weeks gave us regular maxima in the mid-thirties culminating in the hottest day of the summer – 39⁰C on the 25th. Things then eased and we had 9mm rain of in the first week of February which signalled the end of hot Summer weather and we received only a further 12 hours above 33⁰C.

All varieties were able to proceed at a steady but leisurely pace, to full ripeness.

For the technically minded, the median harvest date was 26th February, 4 days earlier than average but 112 days after flowering, so the actual ripening period was 2 days longer than average. The vines experienced 1028 hours in their preferred temperature range of 18-28⁰C, compared to the average of 906 hours. The warmish season is further confirmed because the total hours accumulated above 33⁰C was 79, compared to the average of 47. The yield figure suggests the warmth was a bonus because at 10.11 tonnes per hectare, 45% above the long term average of 6.99 tonnes per hectare, the vines needed all the warmth they could get to keep ripening on track. It also highlights how lucky we have been with the sequence of good years.

Finally, consistency of the vintage is confirmed by the ripeness of 13.3⁰ Baume, almost exactly on the average of 13.2.

The production technique for the Chardonnay was typical Moss Wood. The fruit was hand-picked, placed in bins and delivered to the winery. Once there, the bins were emptied into the presses and the whole bunches were pressed and juice pumped to stainless steel tanks for settling. The free run and pressings fractions were kept separate. The former was settled for 48 hours then the clear juice was racked into another stainless steel tank and seeded with pure yeast culture for fermentation. The latter was fined to reduce the tannin content and then the clear juice was racked in readiness for inoculation with pure yeast culture.

Once fermentation was under way and proceeding normally, the juice was racked to small, French oak barrels, 50% of which were new. Temperatures were controlled by setting the air conditioning system as low as possible and chilling the barrel cellar right down – air temperature hovered around 8⁰C. The barrels themselves provide very good insulation, so fermentation will be much warmer and went through at around 20⁰C.

After primary fermentation was completed, the barrels were racked into stainless steel to equalise the blend and the wine was seeded for malolactic fermentation. While we like the characteristics of this secondary ferment and always try and promote it, we generally don’t have much success. Usually it will stop when about one third of the way through but for reasons best known to the malolactic bacteria, the 2012 wine went all the way to completion. This makes it the third of our Chardonnays to have done so, along with the 1984 and the 1997.

At the beginning of August 2013 the wine was racked from barrel and blended in stainless steel, in preparation for bottling. Fining trials were carried out and the decision was made to fine with bentonite for protein stability and also with isinglass which enhanced the tannin balance. The wine was then sterile filtered and bottled.

Even though this is a young wine it is generous and complex drinking already. However, with all its various components it will slowly become more complex over the next 10 to 15 years. For those who enjoy the Chardonnay when its bottle complexity is most dominant, we recommend cellaring for 20 years.