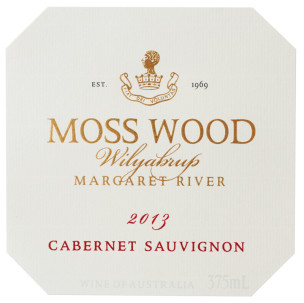 We’d like to share with our readers, many of whom have been with us for a long time, that 2013 is the 40th anniversary of our first vintage.  As much as we struggle to comprehend this, 1973 is now more than 40 years ago.  Where did that time go?  Suffice to say that all of us who have been involved with this extraordinary vineyard are proud and thankful to have basked in its reflected glory.

While looking at the historical perspective, we would also like to share that we drank the 1973 and 1974 Moss Wood Cabernet Sauvignons with family and friends over Christmas and both wines were in excellent condition.  In particular, the 1974 was a revelation.  It retains bright fruit aromas and great concentration of fruit and tannin on the palate.  That particular bottle looked as though it would age for at least another decade.

Returning to the 2013, this is part of Margaret River’s dream run of successive, high quality vintages.  Given these conditions, consumers should have very high expectations not just of Moss Wood but of all the wines from our region.

Colour and condition are deep, brick-red hue in bright condition.  Picking up on the history theme, the first smell of the 2013 takes the taster back in time, we think, to 1980.  There before us are the classic, bright mulberry and cassis fruit notes, sitting over the almost lazy generosity and complexity of Wilyabrup – cedar, leather and tar.

This is not to suggest the wine is old fashioned, because numerous of its production techniques are state of the art, but  in many respects it is and this is a point we would like to stress.  Humour us while we digress.

For reasons that elude us, Australian wine and to certain extent the rest of the world, is now in an era where many are made to show dominant secondary characters, the vast majority of which are genuine faults, that are derived from man-made interventions like oxidation, use of excess solids, yeast autolysis and so on.  The curious thing is almost invariably the essential characteristics of the terroir, the vineyard and the variety are lost in these wines and replaced by characters that taste the same, no matter where the wine is from, what variety it is, or who made it.  They all taste the same.  We quite proudly point out that Moss Wood wines, all of them, speak of the place they came from, the varieties and to a much lesser extent, the people who made them.  Which is how we think it should be and if this is old fashioned then so be it.

Back to the point.  On the palate this wine is a classic Moss Wood Cabernet Sauvignon.  The fruit flavours are a combination of mulberry, cassis and dark plum, with background notes of dark chocolate and tar.  The structure is firm, with bright acidity and long, round tannins, that provide good concentration and texture but allow a finish that isn’t gritty or drying, more powdery and pencil shavings.

If we could ask for a copybook growing season, 2013 might well be the template.  Near average rainfall through 2012 and consistent mild to warm conditions through Spring gave us a flying start.  Flowering progressed with few interruptions from rain or low temperatures until right at the very end, when we had quite a heavy storm, which include some hail.  Events like this have happened in the past and been responsible for significant damage, especially in 1980 and 1996.  In 2012, for some reason Mother Nature took pity on us and let us off lightly.  Damage mostly affected the leaves not the fruit and so the Cabernet Sauvignon got through almost unscathed.

Having made her point again as to who is really in charge Mother Nature’s mood turned benign.  The Summer was notable for consistent warmth without extreme heat, with only one day of 40⁰C, on 30th December.  There was a consistent pattern repeated week after week right through to harvest, with temperatures rising to the low 30’s before slipping back to the mid 20’s.  It is hard to imagine better conditions, especially for the Cabernet varieties.

The numbers tell the story.  The average temperature across the growing season was 19.7⁰C, and the Cabernet Sauvignon enjoyed 973 hours in its ideal temperature range of 18-28⁰C, roughly 200 hours more than it needs to successfully ripen the crop.  At the same time, the mercury exceeded 33⁰C for 66 hours, more than enough to reduce the green fruit notes.  If we translated these conditions for human beings, the equivalent would be like taking exercise in the form of a brisk but relaxed walk on mild sunny days.  Very enjoyable!

Yield for Cabernet Sauvignon was virtually average at 7.87 tonnes per hectare while the other two, Petit Verdot and Cabernet Franc, were slightly down.  Reduced quantity was not the result of losses to disease or pests.  Our fungicide spray program was successful in preventing disease and the birds were kept at bay by the nets.

Finally, with an average ripeness of 12.9⁰ Baume, Cabernet Sauvignon reached full flavour at slightly lower than the average of 13.2.  Interestingly, this seems to have impacted most on the nose, with the wine displaying some of the brightest floral aromas we’ve seen for some time.

After hand picking, the fruit was de-stemmed into small, open fermenters and then seeded with pure yeast cultures for primary fermentation.  Extraction of colour and flavour was by hand plunging 3 times per day and skin contact was typically 2 weeks.  After pressing the wine was aged in 228 litre French oak barrels for 28 months, 15% of which were new.

In December 2014 all batches were racked and the final blend was made up, consisting of 92% Cabernet Sauvignon, 4% Petit Verdot and 4% Cabernet Franc.

The wine was tasted for tannin balance and we concluded that fining was not necessary.  It was then sterile filtered and bottled on 12th Oct., 2015.

As far as cellaring is concerned, it is definitely a keeper.  Given that the 1973 and 1974 have made it comfortably past the 40 year mark and that we have improved our techniques over the intervening years, we recommend this wine for the same sort of aging with absolute confidence.  That said, there is no doubting the wines generous fruit flavours make it an enjoyable early drink and it can be consumed now, or, if just a little bit of bottle complexity is your thing, 10 years cellaring should be about right.