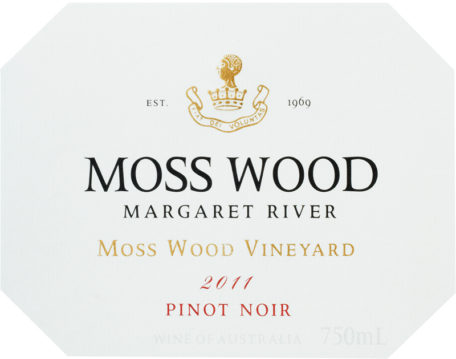 Moss Wood readers will note this wine is being released after the 2012, 2013 and 2014 vintages.  The reason is quite simple.  As a youngster, it was a firm beast, dominated by a strong tannin structure and a vintage that we felt needed to settle and age before we could release it.  Having been bottled now for 4 years, this wine is starting to really hit its straps and so we feel it’s ready to enter the market.

Its colour is still youthful, with medium to deep ruby and garnet notes and little or no development.  The nose presents as classical Pinot Noir, displaying red and dark fruits of strawberry, cherry and plum but it is also now beginning to show complexity with classic leather and earthy notes, as well as some spice and tar.  On the palate, there is a similar effect, with generous plum and strawberry flavours, sitting over a well-balanced structure of acidity and tannin, firm but not aggressive and giving the wine real length.

Looking back, calendar year 2010 is easily summarised as cool to mild and dry, with rainfall down 11%.  However, by the end of October, when the vines flowered, the weather had begun to warm up and the Pinot Noir positively sprinted through the process, completing it in 14 days and was no doubt assisted by 8 days where the temperature got over 25⁰C.
From then on things remained warm, encouraging consistent ripening.  In particular, December temperatures were slightly above average and February was a genuinely warm one. At 23.76°C mean temperature it was essentially 2⁰C higher than normal and brought the vintage on with a bit of rush.
With the excellent flowering conditions, it was no surprise that yield was good.  Both our clones, D4V2 and D5V12a were above average and across the Pinot Noir vineyard as a whole, the yield of 9.36 tonnes per hectare, a very significant 49% above average, leading to a slight change in winemaking technique which we’ll discuss later.
With the warm February temperatures things got moving and having started the season a little behind schedule, both clones caught up to an almost average harvest date.  D4V2 achieved its final ripeness of 13⁰Baume on 15th February and D5V12a reached 12.5⁰ Baume on the 21st February.  This gave a median harvest date of 18th, 4 days earlier than the mean.

After hand picking, the fruit was taken to the winery and destemmed into small, open fermenters.  With such good quantities and in light of Pinot Noir’s sensitivity to high yields, we drained off 20% of the juice to help improve the concentration of the skins, to ensure there was no lack of colour or flavour.  After 2 days of soaking at 10⁰C, the must was allowed to warm, was seeded with selected yeast strains for primary fermentation and which progressed at temperatures up to 32⁰C.  After 14 days on skins each batch was pressed to stainless steel and all underwent malolactic fermentation.  After MLF, both batches were racked to oak on 23rd March 2011, all barrels were 228 litre French, and 10% were new.  After almost exactly 18 months, the wine was racked to stainless steel on 17th September, 2012 and underwent fining trials.  After tasting we concluded the wine needed no treatments and so it was sterile filtered and bottled on 15th October, 2012.

At 5 years of age, the wine is essentially still “young” and dominated by its fruit characters.  It has really only just begun to show hints of bottle development.  That gives us great confidence that it’s on track to be repay long term cellaring and our current expectation is it will need at least another decade to reach full maturity.  More importantly, however, by virtue of the delayed release, it is one of the most settled and balanced Moss Wood Pinot Noirs we have offered and is very enjoyable now.