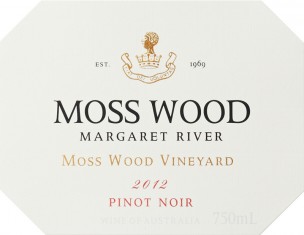 Medium to deep ruby hue; bright condition.
Nose:
Bright fruit aromas presenting a lifted combination of musk, roses, strawberries and cherries and then underneath some earth and tar. Great fruit depth but with the beginnings of Pinot Noir’s fascinating complex nuances. Returning to the nose, each visit reveals a new component.

Palate:
The wine follows a similar thread on the palate. There are initial flavours of strawberry and quince jelly, giving the wine a long and generous feel but it’s not heavy in any way. Rather, it is bright and fresh. There is also the beginning of Pinot’s beguiling earthiness – mushrooms, tar and leather, all waiting to evolve.

A classic year for Margaret River, with good rainfall at the right times, consistent warmth without excessive heat and slightly above average crops - all the right ingredients for a good vintage.

For calendar year 2011, rainfall finished slightly up and so the vines had plenty of soil moisture, so crucial for unirrigated vineyards.

In addition, temperatures through the growing season were above average, although not excessively. This allowed the vines to ripen consistently, especially during December and January, when temperatures were about 1-2⁰C above average. For example, the mean maximum temperature for January 2012 was 30.9⁰C, nearly 2⁰ above average. The peak of the heat came on 26th, 27th and 28th of that month, when we experienced 39.7⁰, 40.8⁰ and 37.9⁰, respectively. This was quite a spike, but fortunately it didn’t last. Temperatures eased in February, usually our warmest month, when we averaged 29.1⁰C, nearly 1⁰ below the mean. From then on, it was plain sailing.

The good growing conditions meant crop levels on both clones of Pinot Noir were above average. Typically, the vineyard will yield around 6.40 tonnes per hectare but in 2012 it was a record-setting 8.62, a 35% increase.

One of the curiosities of the vintage is the seeds were slow to ripen. We suspect this may have been a product of this higher yield. In the hope of getting better tannin balance, we adopted our usual strategy of waiting until they were hard and crunchy, but this meant leaving the fruit on the vine for longer. In an average year, we pick Pinot Noir 100 days after the flowering and its usual sugar ripeness at that point is approximately 13⁰ Baume. However, in 2012 the seeds didn’t ripen until 114 days after flowering, by which time the sugar ripeness had reached approximately 13.6 Baume. The resulting wine is rich and perfumed and one of the prettiest we’ve made in recent times.

It may also be that the fruit intensity was assisted by the other technique used to enhance quality in high yielding years - “saignee”. This is where some juice is drained off prior to fermentation, to help improve the concentration of colour and flavour and in 2012 we reduced the juice volume by 20%.

Finally, there were no negative quality influences, with the birds kept under control with the application of the nets and our fungicide spray program was successful in preventing disease.

As with all Moss Wood wines, the fruit was hand picked and then destemmed into small, open, stainless steel fermenters. Each batch was then cooled to 8⁰C and allowed to soak for 72 hours and then allowed to warm to ambient temperature. At this point, the batches were seeded with pure yeast culture and fermentation proceeded, with temperatures controlled to a maximum of 30⁰C. Hand plunging was carried out 3 times per day, for extraction of colour and flavour.

After 2 weeks, each batch was pressed to stainless steel tank and underwent malolactic fermentation. Once this was completed the wine was racked to oak at the beginning of April, 2012. All the barrels were 225 litre French oak and 12% were new.

After 18 months in barrel the wine was racked to stainless steel tank and prepared for bottling. Fining trials were carried out and it was decided to treat the wine with a small dose of egg whites. After this it was sterile filtered and bottled on 14th November, 2013.

This is definitely a serious cellaring wine and will repay at least 15 years of patience. Over that time it will develop its full bottle bouquet and round and soften. This does not mean it will deteriorate once it passes this mark. Rather, it will hold this plateau of softness and complexity for at least another decade.